He want one more National Award. 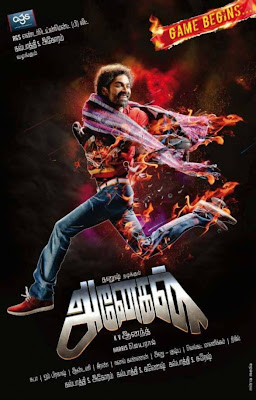 As reported recently, Dhanush is going to act under the direction of  K.V.Anand in the prestigious venture Anegan. Bollywood Beauty Amarya is playing female lead in this suspense thriller. Apart from his heroism, Dhanush is best actor who recently won National Award with Aadakulam and two consequent  Filmfare awards in Tamil cinema.
Seems like this national award winner targets another national award with his performance. Dhanush is going to play the role of man with too many shadows in this flick. Yester year’s romantic hero Karthik will appear as villain in this flick.

All in All Azhagu Raja movie stills , Photos

Tarak can be any thing !