Balayya is one step ahead. 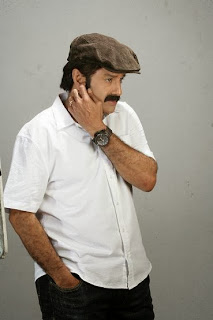 Nandamuri Balakrishna occupied a great space in Tollywood. He is the pillar of Tolywood who once ruled it with his style of mass and family entertainers. Though too many flops entered in his career, he never lose his charisma among his fans.  His upcoming movie Legend under the direction of Boayapati  Sreenivas will be a sure shot hit and going to be land mark for his career.
Generally, we used too some special kind of weapons were designed for the heroes as per the taste of directors.A new car is being designed for Bala Krishna for this movie. Boyapati Srinu is taking care about Balakrishna’s vehicles as a new bike was recently bought for the lead role. No, doubt Balayya is going to create new trend with his vehicles in Legend. He is one step ahead of other actors creating new trend with new style of bikes and cars.