Its time for King’s Tadakha

King Nagarjuna has recently  finalized his upcoming project  under the direction of  Dolly (Kishore Parthasani)  . Producer Bellamkonda Suresh said that , ‘Nagarjuna is quite impressed with dolly’s  TADAKHA and immediately accepted to work with us’ , more details about this film yet to be announced ..! 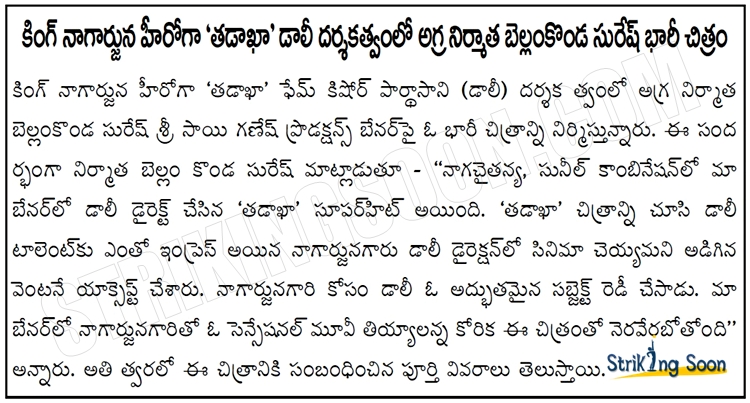