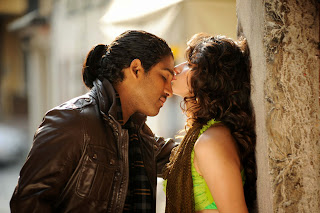 Tamanna was a very busy heroine just 18 months back. She always had her kitty full of films and nearly 3 releases a year. She had been the most happening heroine of TFI. However, this kind of fame was short lived. Tamanna had allowed her stardom to go to head and put a lot of boundaries foe herself.

She had previously refused to wear bikini’s and act in Liplock scenes. This led to arguments with some directors but she refused change her stance. Tamanna is currently working on a few Bollywood projects, although she doesn’t seem to have too many hopes on them. She is once looking down South for work.

This time we hear that Tamanna is even ready to act in Lip- Lock scenes. Tamanna has been known to have said that she is ready to act in Liplock scenes should her character demand it. Unfortunately not many directors are willing to take her up on this offer. Let us see which way Tamanna’s career turns from now.