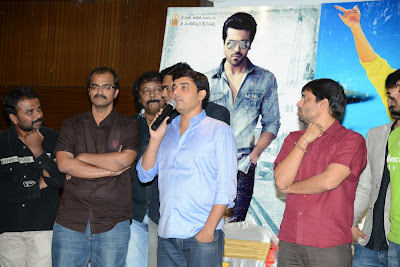 Mega Power Star Ram Charan Teja’s upcoming movie ‘Yevadu’ is one that is highly anticipated by the fans of the young actor. One of the very highly anticipated movies of the current year, ‘Yevadu’ is all set to thrill Ram Charan’s fans with some spectacular action. The movie was fully prepped for release on the last day of July. However, producer Dil Raju has confirmed that ‘Yevadu’ will be pushed back for another 20 days.
Earlier, July 26th was the auspicious release date. This was later pushed back to 31st of July. This brought ‘Yevadu’ in direct clash with Pawan Kalyan’s ‘Attharintiki Daaredi’. Producer  Dil Raju made several futile attempts to get Pawan’s movie pushed back a couple of weeks. Pawan’s next movie is touted to be the biggest hit of the year. Dil Raju had no other choice than to surrender to the Pawan craze.
Earlier, Dil Raju had gained certain notoriety for cornering maximum screens for his movies. This strategy has hurt many a small filmmaker. Now, Dil Raju has gotten a taste of his own medicine. Pawan’s ‘Attharintiki Daaredi’ is going to corner maximum theaters in the state. Dil Raju had no other option than to push the release of his movie, quoting unavailability of sufficient theaters. ‘Yevadu’ is now all set to hit the screens near you on the 21st August.